White Rabbit Productions strives to provide a safe space for growth, where members may expand their own personal and artistic journeys; in this exploration, actors may direct, directors write or playwrights design…in workshops, readings, and ultimately in production.

Chris D'Angelo (Lighting Designer) is a New York-based lighting designer.  Recent designs include It Would Take Armageddon at the Poet's Den Theater, Happy at The Brick, and Wiley and the Hairy Man at Long Wharf Theater.  He has also worked throughout the City at venues such as The Duke, Playwrights Horizons, The Mint, Astoria Performing Arts Center, and The Public.  Graduate of Fordham University and participated in the inaugural Broadway Associate Certificate through Justin Townsend and Brooklyn College.  Many thanks to the wonderful people involved with this project.  cmdangelo.squarespace.com 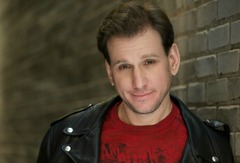 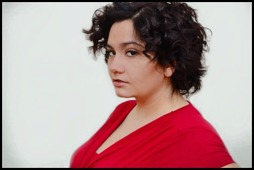 Sara Minisquero (Director of Development, Props Master) is a Theatre Studies grad from Emerson College. As an actress, she's found joy and fulfillment in a number of diverse roles, but is also equally satisfied behind the scenes, stage managing, producing, and getting her hands dirty with makeup, costumes and prop building. She's served as actor, dramaturg and fight captain for John Stillwaggon's Act-Out company for the past four years, and contributes frequently to Genesis Rep's M Center for the Arts. Most recently, Sara starred in two Genesis-produced shows premiering at John Chatterton's Midwinter Madness and Short Play Lab festivals, the latter of win won best play of the evening. Sara was first welcomed into the White Rabbit family this past Halloween, working on Things That Go Bump in the Night, where she served as Associate Producer, Make Up FX tech as well as actor and host for the evening. And she has some film credits to boot -- working with Emerson College alums GRETH Productions, as an actor, voice over artist, and production assistant. She is so excited to start this new chapter in her life and love of the arts. 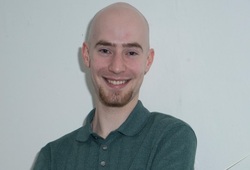 Christopher Palmer (Sound Designer) is a video game composer and trombone player who grew up in Plainville MA and now lives in New York City. In 2009, he attended Berklee College of Music in Boston and learned from renowned musicians such as Michael Sweet, Jeff Galindo, and Jon Klein. There he received a Bachelor's in Music for Film Scoring and a minor in Video Game Scoring. Chris currently works for Nefariously Binary, LLC., a game development company out of Philadelphia, PA as composer, sound designer, and game developer for upcoming game projects.  In addition to writing music, Chris has been playing trombone since 2001 and began the tuba not long after, winning various awards throughout his high school career, including the 2007 Essentially Ellington Most Outstanding Trombonist Award. He previously taught private low brass lessons to grade school students at King Philip Regional High School in Wrentham, MA, some of which have placed in the MA Southeast Senior and Junior District Ensembles.
TICKETS