Martha wants what every mother wants for her grown children -- success, happiness and a stable, loving relationship.

And she is not going to let ANYTHING get in the way of her son and the perfect spouse! 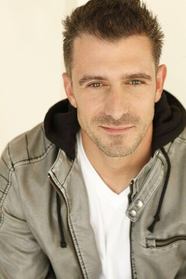 Anthony Barresi, Jr. (Drew, The Magenta Yenta), a U.S. Air Force veteran, recently appeared on stage as Lawrence in For Whom The Southern Belle Tolls, Demetrius in A Midsummer Night's Dream (Armonk Players), as Yakov in Chekhov’s The Seagull (Axial Theatre), and in several one-act plays including Balls, One-Hour Martinizing,  and  Three.  He also performed on TV in the Investigation Discovery Network’s “A Crime to Remember,” and appears in a regional commercial. Anthony studies at Howard Meyer’s acting program. 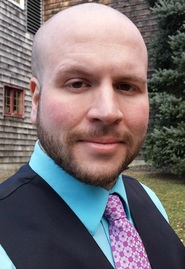 ﻿Joseph Salvatore Knipper (Joel, The Magenta Yenta) has a appeared with a variety of companies, most of which don't have much use for the fourth wall -- including Boston's Medieval Manor, The Connecticut Renaissance Faire, and Long Island's Murder Mystery Players.  He most recently performed at Stamford's Curtain Call and Brooklyn's The Gallery Players.  Joseph would like to thank the cast and production team of The Magenta Yenta for a great show

Misti Tindiglia (Martha, The Magenta Yenta) is an award-winning actress working in independent films, three of which have gone to the Cannes Film Festival, commercials, animated films, v/o's, industrials, and appears on stage in theaters throughout New York.    Misti is an original ensemble member with Manhattan Theatre Works and a member of Love Creek Productions, both in Manhattan. SAG-AFTRA. resumes.actors-access.com// mistitindiglia 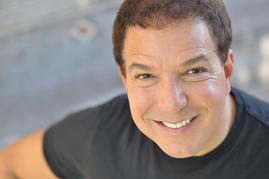 Anthony Valbiro (Director, The Magenta Yenta) was most recently the Artistic Director for The Blueberry Pond Theatre Ensemble, where he directed The Conver-sation at Choctaw Junction, along with fifteen other productions in the writer’s-lab-based company. He has directed many productions in Manhattan, including his own one man play, Pressure Makes Diamonds, Pamela Palmer Mutino’s Swish-Maria in the Mourning for Manhattan Repertory Theatre, Rosemary Martino’s Card Tricks for The Strawberry One Act Festival, and for Planet Connections Theatre Festivity, Acts of Love (2012) and Gabrielle Fox’s The Home, which was awarded Outstanding Overall Production of a New Play for 2014.  He is so excited to be directing this wonderful piece The Magenta Yenta by the gifted Andrew Rothkin.
TICKETS